At the heart of Indigo Fruit Farming’s history, you’ll find the Esser family, with Allan and Emmie Esser cultivating the supply relationship with South African retailer Woolworths as far back as 1983 from their farm in the Burgersfort Valley. Following the establishment of the Naranja Citrus Estate partnership in 2000, AJ Esser (current Indigo Fruit Farming CEO) forged the relationship with Abs van Rooyen and the Du Roi Nursery and ultimately consolidated their farms into the ANB Investments Group, establishing Indigo Fruit Farming as the production and packing arm.

Part of the company’s success has been the introduction of the globally favoured Nadorcott mandarin variety of which the first trees were planted in Letsitele in the early 2000s.

In 2003 the need for extended packing capacity, culminated in the development of Naranja Packers. In 2008, additional equipment was required to handle the harvest and in 2015 a complete upgrade followed, making Naranja one of the country’s foremost citrus packing facilities with the concept of automation and storing full pallets on shelves challenging some of South Africa’s regulations regarding packaging.

Formation of Woolworths supply relationship with Esser Family of Burgersfort

Indigo Fruit Farming is registered as a company

Indigo Olivedale and Indigo Kruisrivier were added to the Indigo Fruit Farming basket, while Swellenfruit Packers joined as an accredited packing facility.

The Maradadi farm lease was approved by the Bathlabine community, expanding the Indigo Fruit Farming footprint as well as Nadorcott plantings into the Letsitele Valley.

The Group bought 33.33% into BBI Packers to increase and secure packing capacity for Indigo Fruit Farming for future volumes

50% of Bavaria Fruit Estate, BBI Packers and Baobab Value Adding was acquired. Zandvliet Wine Estate was acquired and earmarked for citrus development as well as maintaining the wine division.

Naranja Packhouse expansions allow the packhouse to process 100 mega bins (±38 tons) per hour for 22 hours of the day. This means that roughly 32 link trucks will daily download their special load to be packed in 50,000 x 15kg cartons, when running at full capacity.

Ruiterbosch Agri – An exciting new joint venture in Ruiterbosch, 30km outside of Hartenbos, was formed to plant citrus and avocado. 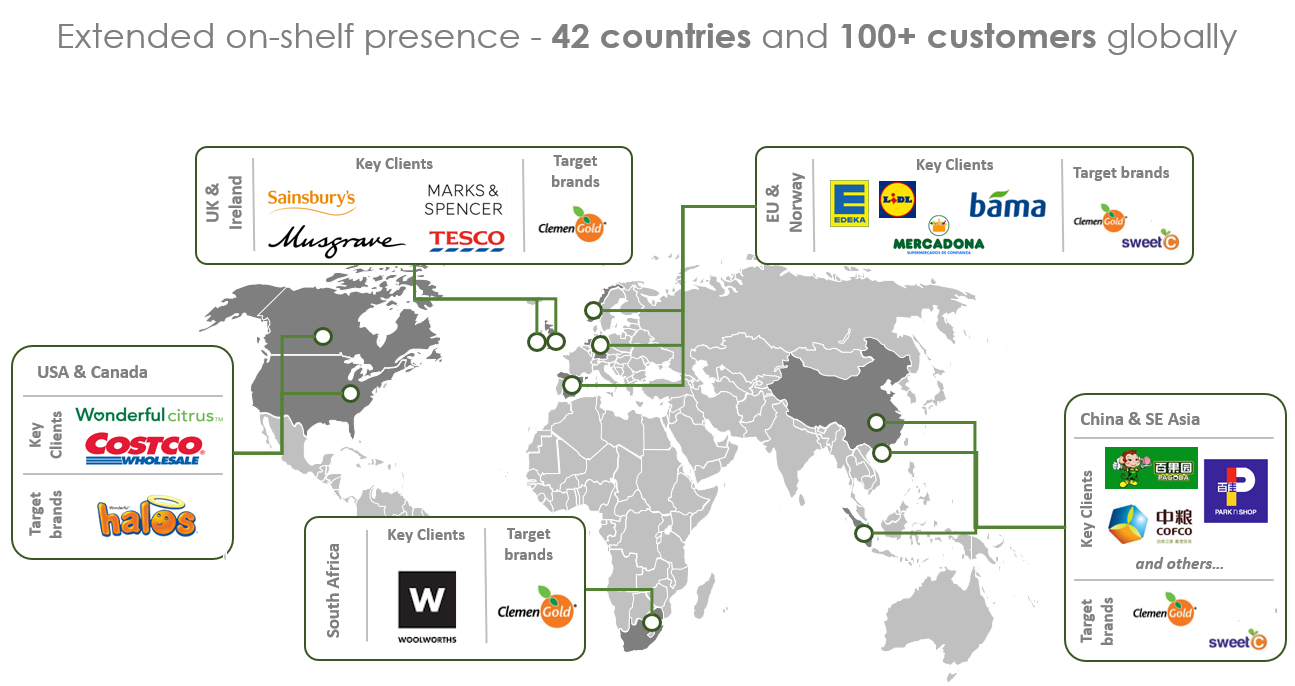